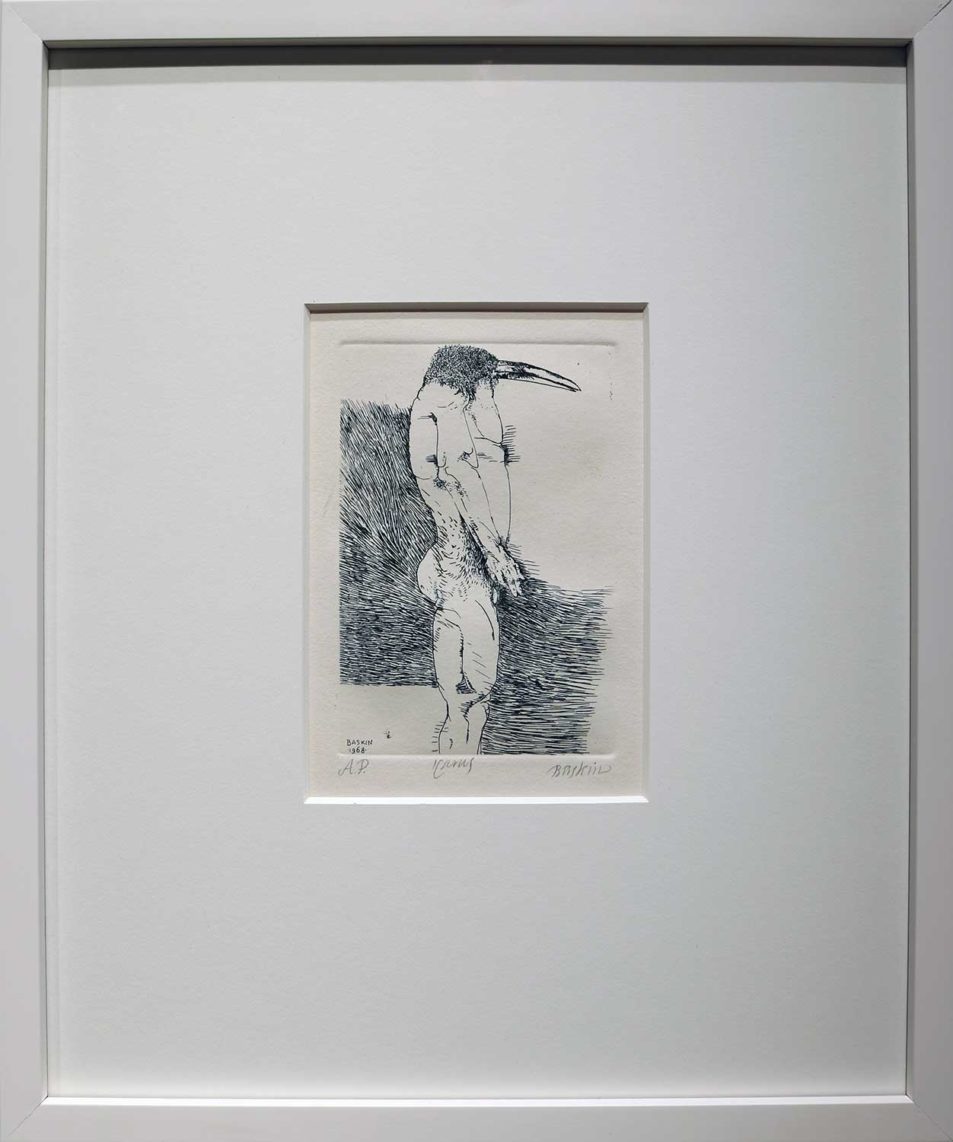 Thought This is wonderful! and left his father,

Nearer the sun, and the wax that held the wings

Melted in that fierce heat, and the bare arms

Beat up and down in air, and lacking oarage

Took hold of nothing. Father! he cried, and Father!

Until the blue sea hushed him, the dark water

With these words the Roman poet Ovid describes the tragic death of Icarus, the climax of the myth.  Daedalus, the first craftsman, and his son Icarus were imprisoned on the island of Crete by King Minos. Discontent with this sentence, Daedalus crafted two pairs of wings from wax and feathers for them to escape, and he warned Icarus of their limitations before taking off.  The wings would fall apart when flown too close to the ocean or the sun. Despite this, Icarus got carried away with the joys of flight and soared too close to the sun, the wax melting, resulting in his drowning in the sea below. This is the best known version of the Icarus myth, and throughout history artists have represented the story in different ways.

Twentieth-century artist Max Beckmann’s offset lithograph entitled Icarus offers a different interpretation of the story from that in Ovid. The figure stretched diagonally across the page is not winged, but instead an ordinary man draped in plain cloth. It is as if he is suspended in air, as the tips of his toes bend under the tension of being the only part of his body grounded. Facing away from the viewer, Beckmann’s Icarus is in a pose that looks like one of prayer, with eyes closed, arms extended, and palms facing inward. The historical context of the print is essential in understanding Beckmann’s artistic choices. By 1935 in Beckmann’s home of Germany, the Third Reich had been established and the Nazi party was oppressing artists and other groups that did not fit German ideals. The figure’s pose of prayer reflects Beckmann’s re-focusing of the Icarus myth from the youth’s untimely death to that of hope for his escape.  A sun, represented by only a few thin lines, shines in the distance, offering optimism and hope for the future. This work reflects Beckmann’s own feelings of imprisonment within Nazi Germany and his inner desire to escape to somewhere better.  But Beckmann only managed to get as far as Amsterdam where there was still a prominent Nazi presence.

Leonard Baskin was a later 20th-century Jewish-American sculptor and printmaker who also portrays Icarus.  The work depicts the right profile of a muscular male figure from head to knee. The figure is a hybrid creature, with the head of a bird sitting directly on the body of a man. Baskin’s depiction of the myth in this wood engraving entitled Icarus moves away from Classical representations of the subject and instead highlights his personal interests and experiences. Birds of prey were a particular interest of Baskin’s, as he admired their form as well as their potential symbolism for death. They fit particularly well with the myth of Icarus, where flight is a salient feature of the story.  The dark tone of this print reminds the viewer of Icarus’ sudden plummet to a watery grave. Such grotesque and dark subjects were a common theme throughout Baskin’s oeuvre, stemming from being raised during the time of the Great Depression and the Holocaust. Baskin was not personally affected by these events, but even witnessing them left an indelible mark on his artistic style.

These two works reveal how artists further develop the mythology of the Icarus story and its allegory of hubris.  Max Beckmann and Leonard Baskin reframe the Classical narrative and meanings of Icarus to reflect new themes.  The results are two dramatically different prints that convey the inner feelings of each artist, creating new versions of the Icarus myth and imbuing them with contemporary significance.