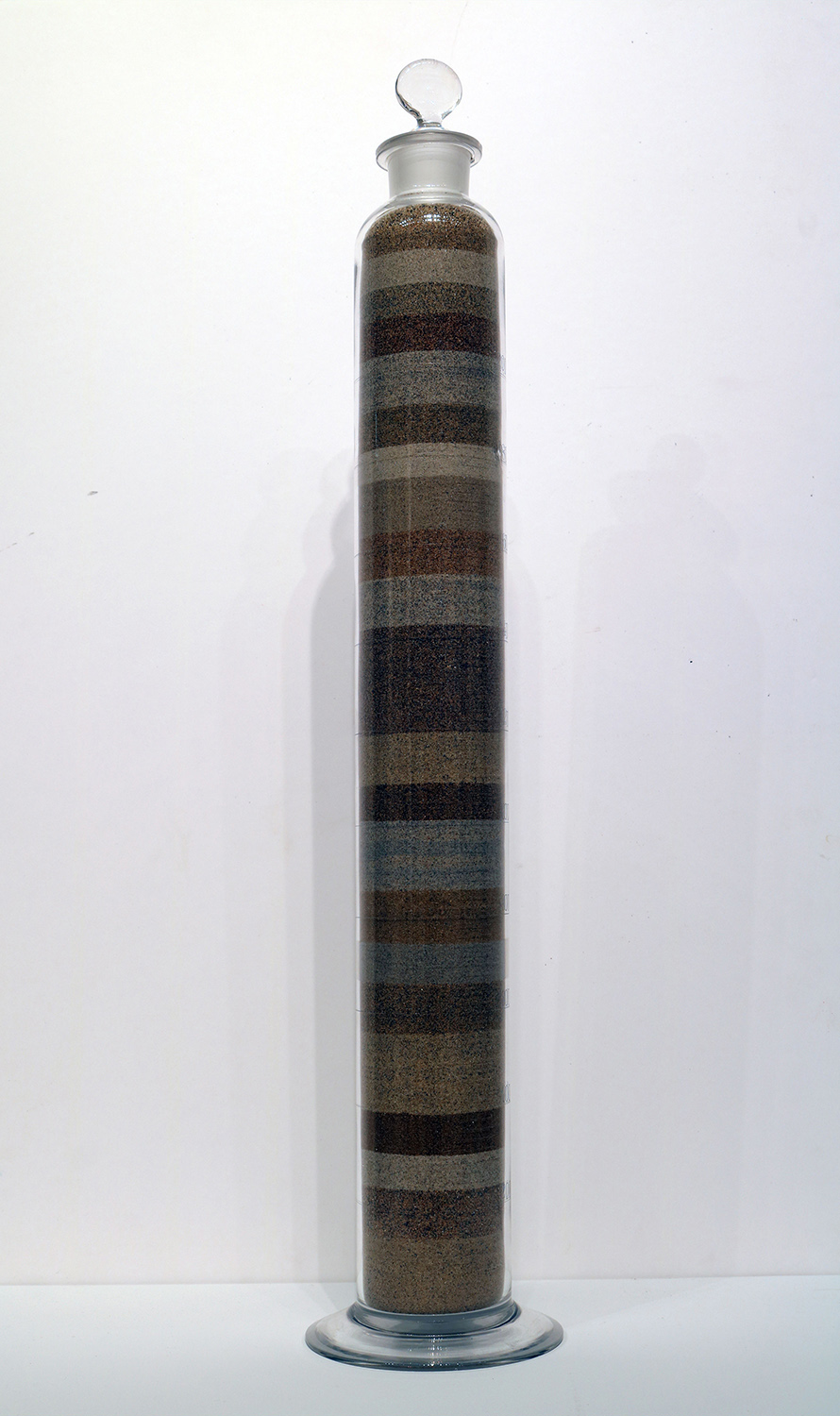 One day, while sitting on your sofa, you find yourself feeling along the crease between the cushions and discover a long-lost belonging or piece of jewelry.  The feeling is indescribable, a quiet sort of ecstasy.  Now take that feeling and apply it to unearthing objects that have been lost for centuries. This is the life of Christopher Baker, a proud New Yorker and artist, whose work is predominantly driven by a passion for nature and its correspondence with modern “civilization.”  His passion project, NYC Sandscape, seamlessly encapsulates his meticulous documentation of the continuous evolution of New York City via the mapping, collecting, and photography of a variety of sands and found objects, all of which were collected from various locations throughout the coast of the city he calls home.

Baker became inspired to pursue his documentation on coastal locations when he first ventured onto Dead Horse Bay. The bay is located near Brooklyn’s Verrazano Bridge and Staten Island where it was originally a residential area in the 1700s. The area became a landfill for the city and over time the ocean has begun to erode the coastline to the point where, during low tide, glass is almost all that covers the bay. After seeing this tidal event, Baker decided to study the boroughs and coastlines in New York City from an archeological point of view.

In researching the history of the areas from which he collected materials, Baker developed an understanding and purpose for locations to search and gather sand and objects. Many areas in the city are made of landfills for real estate purposes by urban planners, such as Robert Moses. Neighborhoods were torn apart, forcing communities out before they had the chance to pack their possessions and leave. Much of the materials that remained was not meant to be garbage. As Christopher Baker describes, the sand signifies the breaking down of these objects and the most reduced form of detritus. The sand and land which exists in these areas is a result of glaciers moving through the area. In addition to the sand collected on the city coasts, Baker’s father, James Baker recalls that Christopher also made his own sand through breaking down rocks or sediments by crushing them and pulverizing them; thus representing the “most reduced form.” Christopher Baker was also infatuated with the idea of sand constantly being in motion. The ocean currents and waves unendingly push and pull sand which continually reshapes landscapes, such as that of the Rockaway Peninsula. Because of this, Christopher Baker was lead to find different types of sand depending on the area of the city in which he found himself.

On the south-facing beaches he found that grains of sand were much smaller and smoother, while other inland areas had coarser sand. In addition, finer or misplaced sand was brought into certain areas (such as landfills) long ago. As the artist’s father recounts, “every time Christopher went to a place that had sand he would try to collect a sample every mile or two, documenting any difference in color or texture as he made his way out of the city.” The variations in the color and texture of the sand is evident by the bands layered in the NYC Sandscape, but Christopher Baker mentions that the system of contrasting bands was also an aesthetic decision, used the way they were because some sands were so close in hue that some bands had to be thicker than others in order to be distinguished. The darkest sand used was from underneath the Manhattan Bridge on the Brooklyn side. This type of sand is much darker and denser in industrial areas where coal and tar are broken down in the soil.

New York City has a rich cultural history, stemming from the first immigrants who came through Ellis Island. It is hard to see NYC Skyscape and not think about the diversity and multitudes which make the boroughs and the city what it is today. Whether there is a direct physical or metaphorical connection, how could there not be a cultural significance given the focus is New York City?

The object’s modern day significance is a metaphor for the continuous passage of time, the malleability of existence, and the enduring nature of history and nature in spite of it. “Sand has existed forever,” Baker explains.  “If anything makes me think of our place in history, it’s that we’re really temporary and that time keeps going, but rocks and sand are always around and will always be here and are everlasting.”

The piece encapsulates and appeals to Baker’s fascination with the convergence of nature and man.  He particularly seeks to highlight man’s comparative triviality when compared with the everlasting magnitude of nature. Perhaps best representative of this recurring allegory is his beaker of layered sand, on which there once existed measured lines and engravings.  Baker carefully erased the measuring lines, in order to highlight the enduring nature and purity of the sand without the added interference of humankind. It also demonstrates that once civilization as we know it has been eroded or changed beyond what is recognizable by the continuous river of time, the bedrock of nature will endure.